A Detailed Guide for Entrepreneurs: How to Create an App Prototype

If you are an entrepreneur or are currently working on a startup, then you must master the art of prototyping. After all, prototyping is now considered a vital stage of app development that should be focused on from the start. Therefore, to help you create an app prototype, I will make you familiar with the basics that all the entrepreneurs need to know.

How to Create an App: Importance of a Prototype

Before we learn how to create an app prototype, let’s quickly consider the vital steps that are needed in app development.

Therefore, if you are an entrepreneur, then you should understand the importance of prototyping in app development as it acts as a foundation of the product from the start. We test the prototype and even rework it instead of the final product that drastically saves our time and resources.

If you want to create an app, then you need to first have its prototype ready. This is because an app prototype provides the overall visual and design representation of the product without the actual back-end coding.

Consider your prototype as a high-fidelity and realistic mockup of the app that would define its usability and functionality. Most of the startup owners first come up with the prototype of the app to pitch their clients and consider it as a foundation stone for the app development process. 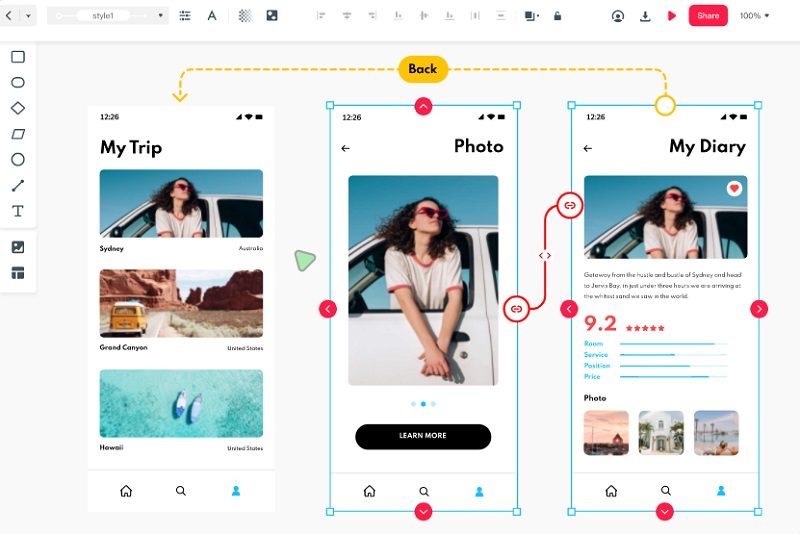 Based on your requirements, you can come up with a low or high-fidelity prototype for an app. These days, it is recommended to design clickable and dynamic prototypes as they can be used for app development and provide a realistic approach from the start.

How to Create an App Prototype?

Ideally, the overall steps for creating an app prototype would vary on your approach and the product. Nevertheless, here are some of the basic steps that you can follow for prototype and app development in the future:

At first, you need to identify the problem that your prospective users are facing and come up with a solution in the form of your product.

Before you create an app prototype, you need to know the major functions that the product will have. It is also recommended to distinguish your product into different modules at this stage.

Now, you can use any reliable application (like Wondershare Mockitt) to come up with the overall design of the app. Even if you are an entrepreneur or a startup owner, you can create the basic design without any technical hassle. 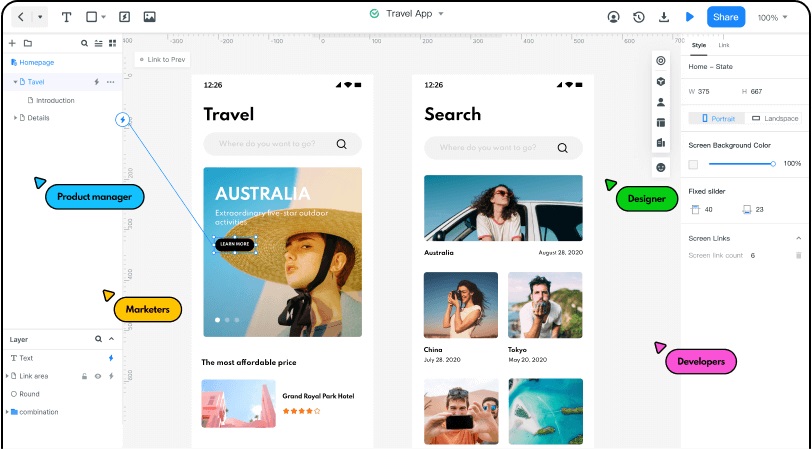 Once you have come up with the overall design of the app, you can establish various links between its pages to create a clickable prototype. You can also use a tool like Mockitt to include transitions and other dynamic elements to make your prototypes look realistic.

5. Test the Usability of the Prototype

Also, you can now test how the prototype will function by exploring various elements. You can also perform its A/B or focus testing to identify the pitfalls and rework the prototype instead of the final product. This will save your time and resources in the overall app development process.

6. Sharing of Prototype and App Development

After when you create an app prototype, you can simply share it with your team and work on the startup with others. If you are working in Mockitt, then you can also directly send your prototype for app development by exporting it into desired formats.

Now when you know the importance of prototyping in app development, let’s discuss some recommended options to create an app prototype for entrepreneurs.

If you want to create a clickable prototype for your apps, then Wondershare Mockitt should be your first pick. It is recommended for entrepreneurs, startup owners, and designers to create prototypes, wireframes, mockups, and other interactive diagrams instantly. You can use the freely available version of Mockitt on the web or even upgrade to its premium version to get more features. 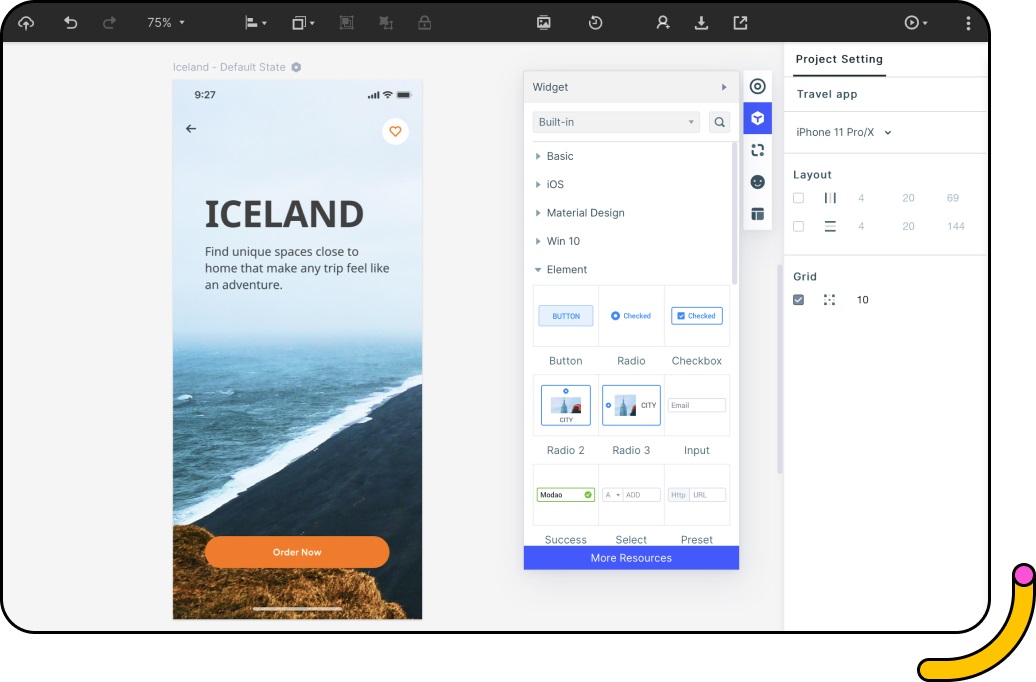 UXPin is one of the most advanced prototyping tools that is used by designers, entrepreneurs, startup owners, and other professionals. Not only to create an app prototype, but it can also help you with its documentation and development. 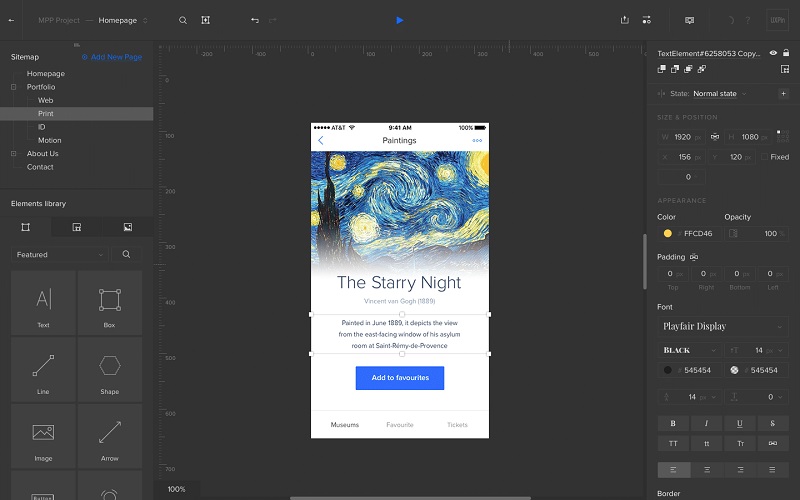 Protopie.io is a more lightweight online solution that you can use to create an app prototype on any platform. It can be used to come up with prototypes for desktop, web, or smartphone apps instantly. 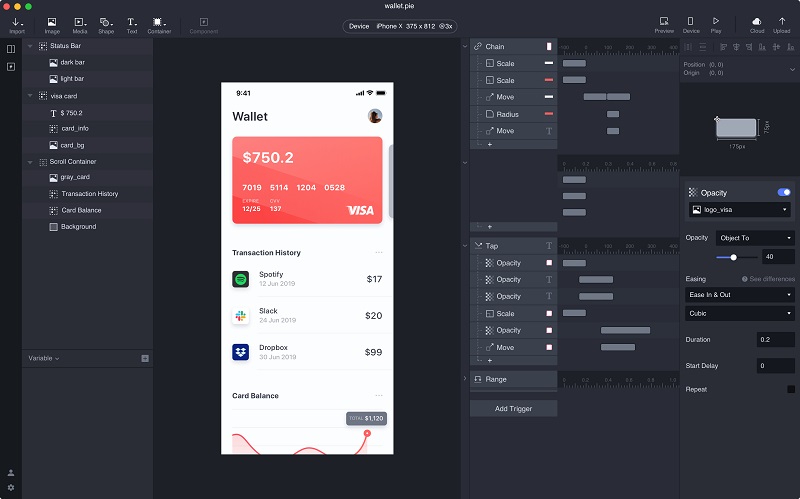 As you can see, entrepreneurs and startup owners can easily create an app prototype with the right tools. If you also want to make the app development process easier, then consider following the suggestions that I have included here. Apart from that, you can also use a prototyping tool like Wondershare Mockitt to make your job easier without encountering any technical difficulties. It is a professional prototyping tool that is equipped with tons of features and has a zero-learning curve.