DDOPS (Distributed denial of service attack) is a daunting web collapsing attempt that dooms the online service. DDOS accelerates the web traffic and owing to which, the site crashes or becomes unavailable. DDoS mainly targets a huge scale of significant resources ranging from banks to news sites and makes it difficult for people to access or publish significant information. The DDOS attacks can be highly appalling and harmful as it may crash important information available online and restrict the limit free expression.

THE BACKGROUND OF DDOS ATTACK MAP

The DDOS map displays all the DDOS activities occurring globally on a given day. The attacks can be figured out as dotted lines which are scaled to size and then places according to the destination and source countries. These indications actually collect the information about all the automated that are encountered from different countries. If we move over a particular location it gives a quick display of the attacks originating from that location. 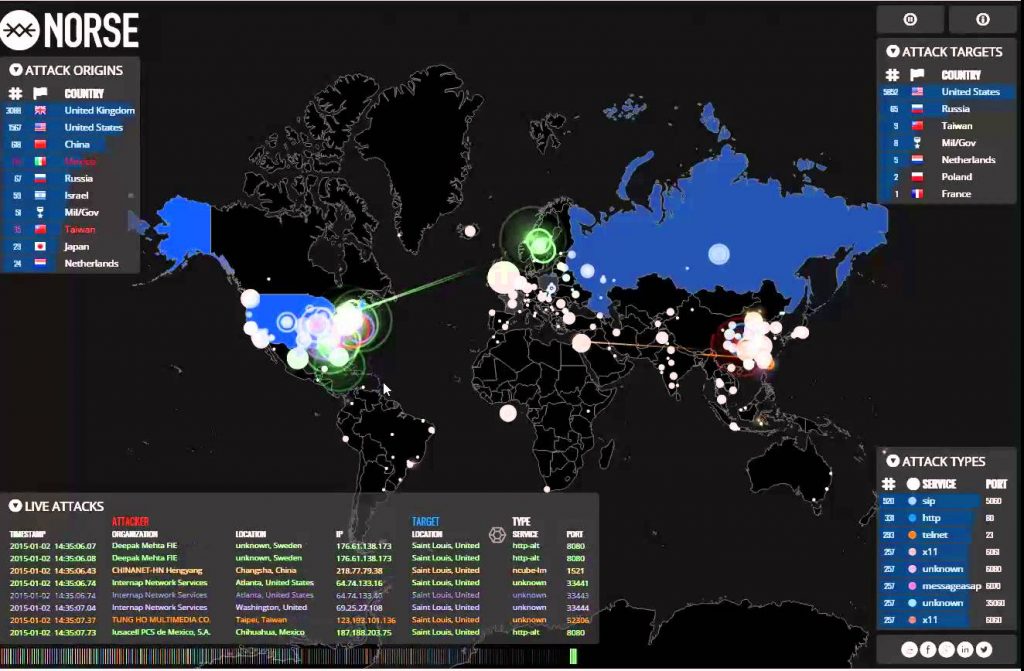 The DDoS attacks can occur in different forms ranging from smurfs to teardrops or pings of death. These attacks can also amplify the web traffic by forging the IP address of the victim. However, all these attacks and amplification of web traffic can be identified in the DDOS attack map. The different attacks and amplifications have been listed below:

DDOS Attack Map is the new innovation that combats with the distributed denial of service attacks and can track these attacks, the targeted victims and the one who is doing such grave attacks. The DDOS attacks map is a transparent revelation of all the DDoS attacks against the websites of businesses, newspapers, charities etc that eventually help to fight collapsing of websites due to overwhelming web traffic.